On Thursday 13th September I will deliver a lecture on Philosophical Issues in Early Film Theory as a keynote speaker of the Film-Philosophy Conference at King’s College London.

In early film theories, there is no lack of references to philosophy and philosophers. We may find on the one side the claim for a “philosophical” account of cinema as a modern form of experience (Papini), on the other the claim for a “philosophy of the art of film” modelled on the German “Kunstwissenschaften” (Bálazs). These two approaches – whose goal is to find a legitimisation for the movies – cross each other when at stake come topics like the very nature of the objects on the screen, or the role of the camera as an eye. In critics and scholars like Canudo, Epstein, Cendrars, cinema challenges the traditional categories of thought – and it establishes itself a true philosophical discourse. 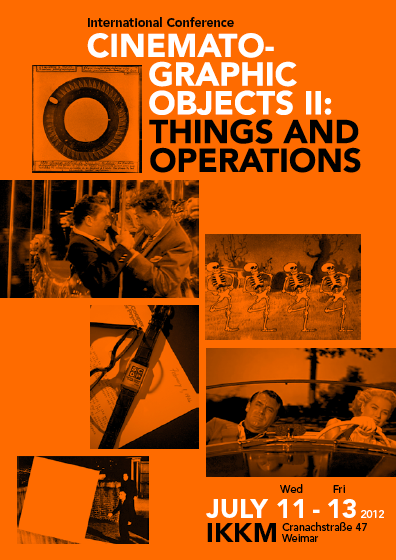 In recent years, studies in the history of science, social sciences, and ethnology have prompted cultural theorists to return to the realm of things. However, the potential contributions of film and the study of film to our understanding of what constitutes a thing or object, and how they operate for and within film, remains an open question. One may ask, for instance: “What do things do in or to film?” And conversely: “How do film and media theory affect objects and existing concepts of objecthood?”

Films are assemblages of things: suitcases, revolvers, cars, shower curtains, bones that turn into spaceships within a split second. Insofar as these »things« make their peculiar appearance on film, they can be called cinematographic objects. The complexity of cinematographic objects resides in the fact that their very definition is always implicated in an ever-evolving network of associations with: 1) things on film, 2) the materiality of filmic images, and 3) the mechanical and operational relationships between the apparatuses necessary for their production (i.e. cameras, editing equipment, projectors, microphones, etc.)

»Cinematographic objects« are characterized by a specific relationship between thing and operation. The screen is full of props, artifacts, material objects either made explicitly for the cinematographic apparatus or merely picked up and recorded by it. Yet these things and objects only acquire certain cinematic qualities once the lights in the theater dim and their visual and temporal configurations unfold. It is only here that they begin to move, change shape, emerge, then vanish through zooms, tracking shots, pans, cuts, and editing. It is only here that they are enlarged and isolated in close-ups, arranged and gathered in ensemble-staging medium shots, and rendered landscapes and scenery with the long-shot. Likewise, things find a particular form of expression in filmic diegesis and narration when they align the various looks and gazes, motivate the development of the plot, distinguish characters, and circulate between protagonists. And not least of all, the film seems to chart the extra-filmic routes along which a cinematographic object as an artifact will migrate—as a piece of cinephilic memorabilia or in an exhibition in a film museum, or as iconic gestures associated with six-shooters, sunglasses, and cars—as visual motifs in art, as archival objects, or as fetishized images.

Following the »Cinematographic Objects« workshop in 2011, the conference »Cinematographic Objects II: Things and Operations« is organized around precisely these relations between artifact and operation. On the one hand, it seeks to closely interrogate the specificities of film and cinema according to film and media theoretical concerns with the cinematographic operations of object construction, as well as the peculiar nature and properties of things objects, and artifacts in film. And on the other hand, it also welcomes discourses on the transformations and migrations of things between film and other disciplines and areas of study such as art history, natural sciences, politics, and the everyday. 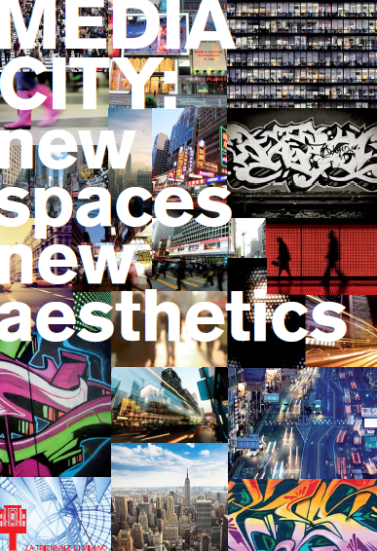 Cinema Lost and Found: Trajectories of Relocation
in Screening the Past, No. 32, ‘Screen Attachments’.

“While film scholarship deepens its reflection on what the new digital revolution and its multiple windows are adding or taking away from cinema as we have known it for over a century, Casetti urges us to look backwards and not just forwards. He proposes that in order to find out what really happens to cinema once it leaves the movie theatre or the “Motherland” that has been its predominant location, we should refocus on the filmic experience itself. In so doing we might understand how cinema’s unique identity separates it from other media experience.

In the essay he has contributed to this special issue, Francesco Casetti goes a step further in his analysis of cinema’s relocation both theoretically and historically and directly addresses the main issues involved in the theorization of what we have referred to as screen attachments. He explains spectators’ new attachments to cinema’s relocated screens and explores the breaking of the “original” unity of the filmic experience following two main “paths”. The first path he re-traces is based on delivery and the second on setting. According to Casetti, in the first path, we recognize cinema because what we watch is still the film object (narrative cinema) that we used to watch in the movie theatre, even though it is delivered on other screens that, unlike in the movie theatre, presuppose interrupted and fragmented viewing. In the second path, we recognize cinema because of how we are watching, that is in a setting that mimics the movie theatre, even if the film object (narrative cinema) may have been substituted for other objects. In the two paths for relocation cinema is both “faithfully” reconstructed and “treacherously” transformed.”

from Screen Attachments: An Introduction, by Paola Voci and Catherine Fowler 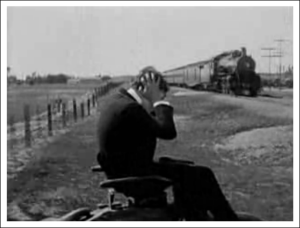 From the beginning, cinema has been a peculiarly controversial object: it has been deeply loved by many, who saw in the reality on the screen the fulfilment of their desires, but it has also been hated by many, who were scared by the intensity of the represented world, and by the social effects that such representations could trigger. One of the roots of this controversial attitude is precisely cinema’s technical nature. This will be the subject of my lecture in the congress “The Impact of Technological Innovations on the Theory and Historiography of Cinema,” held at the University of Montreal on 1-6 November 2011. The lecture, entitled The Little Magic Machine. Technology and Iconophobia in Early Film Theories, will retrace the presence in early film theories of an “iconophobic” attitude towards cinema as a “mechanical eye” or as “mechanical art,” as opposed by a more positive appreciation of cinema as a “witness” (even if a “creative” witness). Among the iconophobes, we meet for example Pirandello (who calls cinema a “little magic machine” and claims that a mechanical copy steals life from reality); among the iconophiles we may list Epstein and its idea that the camera provides a gaze “without hesitation or scruples.” Both sides are highlighted in the debate between Paul Souday and Emile Wuillermoz in the mid ‘10s. A late reconsideration of the mechanical nature of cinema is provided during the ‘20s by ideological and anthropological discourses. A re-reading of the book by Eugenio Giovannetti, Il cinema e le arti meccaniche (a complex anticipation of some Benjamin’s issues) will drive the lecture to its end.

I will deliver a keynote speech at the Screen Cultures Conference organized by Dr Catherine Fowler and Dr Paola Voci at the Department of Languages and Cultures of the University of Otago (3rd-4th June 2011).

Thanks to convergence, media now overlap and merge. This does not mean that media have reached their end: although they no longer depend on a specific apparatus, they still have an identity, linked to the specific experience they offer. Cinema survives because there still exists a certain way of wathcting things. Relocation designates the movement through which media migrate to new environments and to new devices, where they reenact their basic mode of experience. The concept of relocation is important for at least three reasons within the context of the digital revolution: it focuses on permanence within a great process of change; it highlights the experiential dimension over the technological one; and it reveals the relevance of a spatial dimension – where space acts both as a phisical environment and as techno-virtual setting.

My essays on relocation are available at the Research page.

I will also lead a masterclass open to postgraduate students and early career researches in film and media studies.

A discussions of film, modernity, and iconophobia  through a selection of (pre-read) texts. These will include Giovanni Papini’s, Luigi Pirandello’s, Jean Epstein’s, Georg Lukacs’ writings.

Cinema is a peculiarly controversial object: it is deeply loved by many, who see in the reality on the screen the fulfilment of their desires, but i, but i t is also hated by many, who are scared  by the intensity of the represented world, and by the social effects that such representations could trigger. More precisely, film is a controversial object as an emblem of modern life: it unfolds all the possibilities, but also all the risks, tied to a new model of life. It is a controversial object from the aesthetic point of view, too: if it is often devoid of any artistic qualities, it also entails another  an  kind of art – one based on totally new values. And finally it is a controversial object because through its impressive work on space and time, it liberates us from any constraints – it releases our bodies and our minds – but in the meantime, because of its excess of freedom, it needs a control, a discipline, that channels its action towards a positive, though even limited, goal. Film is good and is evil: behind such oscillation of confidence and apprehension, we may read the resurrection of iconophilia and iconophobia (if not iconoclasm), which, in film, find their last battlefield.

Welcome on my website and weblog on cinema in the post-media age. Please add your voice to the debate by posting a comment. Let’s start from my essay Back to the Motherland: the film theatre in the postmedia age, that has just been published on Screen, No, 52 : 1, Spring 2011. In this article I argue that Artaud Double Bill (2007) by Atom Egoyan is the perfect illustration of the emergence of a new style of filmic vision. Egoyan’s film opposes two female spectators: Nana who watches La passion de Jeanne d’Arc in a clip from Vivre sa vie by Godard; and Anna who watches Vivre sa vie and sends the clip through her mobile phone to her friend Nicole, who is sitting in another film theatre. The opposition underlines four passages: from a text to the hypertext (Nana watches a film, Anna watches a film, a clip inside this film, messages on her mobile phone, and so on); from a centralized gaze to a decentralized glance (Nana gives attention only to a film; Anna displays a multitasking attention); from being immersed to surfing (Nana dives into the world represented on the screen, to the point where she experiences a catharsis; Anna keeps the film as a series of single sequences, and reacts with admiration but without participation); from isolation to connection (Nana abolishes any relation with the exterior world; Anna stays in touch with her friend). These changes draw a new paradigm for spectatorship: from the attendance, tied with classical cinema, to the performance, typical of the cinema ‘outside the film theatres’. Nevertheless, as Egoyan’s film claims, we apply the new paradigm to a theatrical situation too: we are irremediably post-spectators. 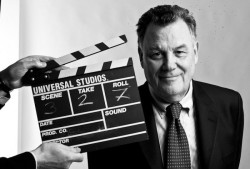