«Contemporary cinema’s uncertain identity is the starting point of The Lumière Galaxy: Seven Keywords for the Cinema to Come (New York: Columbia University Press, 2015) by Francesco Casetti. By telling two anecdotes, Casetti introduces the reader to basic but paramount questions, echoing André Bazin’s pivotal query: what, when, and where is cinema today? Or, in a more encompassing way: how is cinema today, as Casetti pays great attention to cinematic practices rather than essentialist surveys…».

The title of Francesco Casetti’s book – The Lumière Galaxy: seven key words for the cinema to come – is at the same time brilliant and deliberately misleading; indeed, though referring to McLuhan’s The Gutenberg Galaxy, it differs from it on at least three relevant points.

First, McLuhan insists on the importance of the medium’s technological and material basis in determining both the media experience and the perception of the medium itself; Casetti, by contrast, believes that media experiences and the very possibility of recognizing media specificities are relatively independent of their technological bases and their material conditions of viewing and listening, since they represent specific cultural forms

Second, McLuhan argues that ‘With [the] recognition of curved space in 1905 the Gutenberg galaxy was officially dissolved’ (253). Casetti’s central thesis about cinema in the digital era is exactly the opposite: the forms of cinema experience tend to survive after the end of cinema as a technological and factual apparatus, and they tend to endure even in the very different circumstances of audiovisual consumption characterizing the present condition; indeed, cultural forms bend disparate technologies and settings to their own expectations and needs, thus producing experiential forms that, despite their differences from the past, can still be targeted as ‘cinema’.

A third point of opposition between McLuhan and Casetti regards the structure of the book. Indeed, McLuhan designs his work as ‘a mosaic pattern of perception and observation’ (265), composed by a number of short chapters; on the contrary, Casetti arranges his discussion around seven chapters, each corresponding to a keyword: relocation, relics/icons, assemblage, expansion, hypertopia, display, performance. Beyond the paratactic succession of the seven issues, it is useful to introduce a distinction: while most of the chapters follow a descriptive-interpretative approach, two of them (assemblage and performance) adopt a more strictly theoretical orientation. We will set them apart in our presentation.

“The Lumière Galaxy is an exuberant, gracefully written book inviting us to understand the relocations, expansions, and reinventions of cinema and its possibly grand future in close, loving proximity to its rich past .”

“Still an object to be discovered”: The Lumière Galaxy by Francesco Casetti
Book review by Daniel Fairfax, Senses of Cinema, Issue 74, March 2015

A disclosure is in order. The author of The Lumière Galaxy – Italian-born, Connecticut-based film studies professor Francesco Casetti – teaches in my department, and has been a key mentor figure over the years, one under whom I have learnt and with whom I have taught, so this relationship will innately colour the review that follows. Furthermore, I am penning this article at Francesco’s own behest: with the book hot off the printing presses, he insisted that I air my feelings about it. The reason for his doing so, I suspect, is that on the many occasions in which we have conversed about the cinema, about its present fortunes, its metamorphoses and its novelties, we have often had diametrically opposed attitudes towards these phenomena. Whereas Francesco celebrates the rise of new media practices, revelling in the latest YouTube mash-up or digital reworking of a classic, or extolling the possibilities opened up by the advent of smartphones, tablets, laptops and various other gadgets, I tend to be much more sceptical about such tendencies, if not downright hostile. Conversely, those works I hold up as paragons of contemporary cinema – whether they represent the last breaths of the old guard of film aesthetics, such as Hard to be a God (2014) or The Turin Horse (2011), or the flowering of new, but still resolutely cinematic, visual practices, think Leviathan (2012) or Story of My Death (2013) – are for the most part no longer the focus of my elder’s attentions. Indeed, I am regularly given a good-natured chiding for my stubborn attachment to a certain classical mode of spectatorship – watching films in continuity, in a darkened movie-theatre and even, although this particularly possibility is rapidly vanishing, on celluloid – which is seen as little more than a nostalgic yearning for a technologically and socially outmoded past.

In connection with his new book, The Lumière Galaxy. Seven Key Words for the Cinema to Come, Francesco Casetti (Yale University) will discuss new modes of existence in cinema through the convergence of media.”Relocated cinema” fulfills the galaxy of possibilities embedded in the medium from its inception. This talk is part of “Sites of Cinema.

“Sites of Cinema” takes a new approach to the question of cinema at the moment when cinema is said to be in decline, even in some accounts said to be facing its “death.” At this moment, when are focused on a convergence of moving image forms into a single delivery system we take up divergence over convergence, a divergence. Alternative to André Bazin’s question “What is Cinema?” “Sites of Cinema” will ask “Where is Cinema?” Where has it been seen to be and where will it be spaced in the future—as theoretical construct, national culture, material object, artistic work, social practice and space of exhibition. Cinema has moved and is still moving—from theatrical stages to museum walls, in and on buildings as well as within historical nations and regions of the world. “Sites of Cinema” signals our interest in site-specific cinemas plural but also cinema as a total apparatus—the “cinema of the mind” for the mass audience.

On December the 5th, I will be delivering the concluding keynote speech at the Photography and Visual Cultures in the 21st Century: Italy and the Iconic Turn International Conference, held by the University of Roma Tre, Italy. 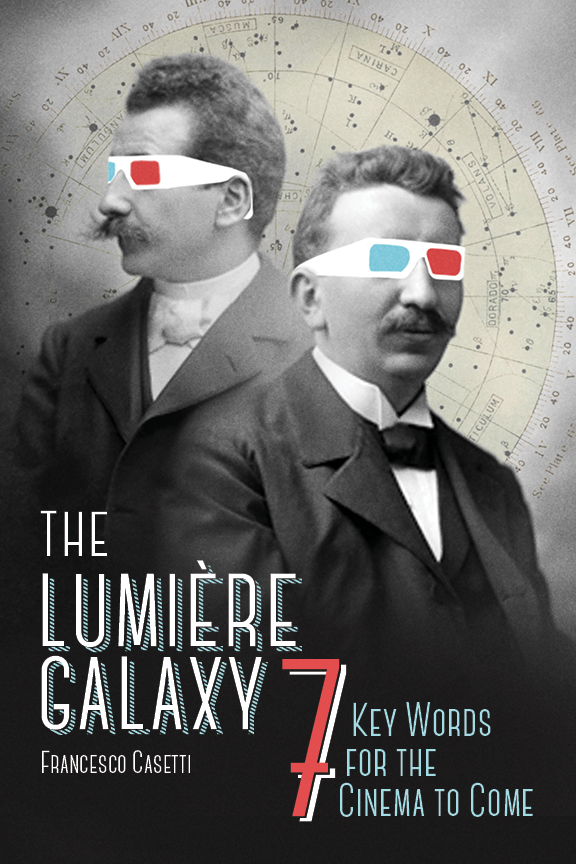 Whether we experience film in the theater, on our hand-held devices, in galleries and museums, onboard and in flight, or up in the clouds in the bits we download, cinema continues to provide us an enjoyment. It is still living, even though convergence gives media new identities and new functions. If we want to fully grasp such a persistence of cinema, we must not only engage ourselves in an exciting travel from the remote corners of film history and theory to the most surprising sites on the internet and in our cities; moreover, we need to switch our minds far from the usual approaches based on concepts like canon, repetition, apparatus, and spectatorship, in favor of new words and ideas, including expansion, relocation, assemblage, and performance. The result will be, hopefully, an innovative understanding of cinema’s place in our lives and culture, along with a critical sea-change in the way we study the art. What eventually we will able to capture is that the more the nature of cinema transforms, the more it discovers its own identity: the “relocated cinema” is the one that fulfills the galaxy of possibilities embedded in the medium since its inception.

Afterall is pleased to present Hypertopia – a lecture by Francesco Casetti and the first public event of The City and its Moving Images, a new collaboration between Afterall, based at CSM, and the Birkbeck Institute for the Moving Image.

Following an introduction by Mark Lewis, Francesco Casetti will explore the ways in which the experience of cinema is always the experience of a place and discuss the contemporary condition of the moving image, its re-emergence architecturally and topographically, and its changing viewing conditions in the cinema and elsewhere.

The City and its Moving Images is a collaborative research project and series of talks exploring the impact of the moving image on the cultural life of the modern city.

Francesco Casetti is Professor of Film Studies at Yale University, and has written extensively on the semiotics of film and film theory (Theories of Cinema: 1945–1995, Texas, 1999). He is currently studying the reconfiguration of cinema in a post-medium epoch, comparing this shift with the rise of cinema at the beginning of the twentieth century.

Mark Lewis is an artist, an editor of Afterall and Professor of Fine Art at Central Saint Martins.

The City and its Moving Images: Hypertopia by Francesco Casetti
Friday 3 May 2013, 6-7:30pm

Admission free but booking essential. To reserve a seat email events@afterall.org. You will be sent a confirmation email with access details.

This event is a collaboration between Birkbeck Institute for the Moving Image and Afterall with the support of the Research Office of Central Saint Martins College of Arts and Design, the University of the Arts London, and Yale University.