Francesco Casetti, a foundational figure in the field of film studies, has been appointed the Sterling Professor of Humanities and Film and Media Studies, effective April 17.

The Sterling Professorship is awarded to a tenured faculty member considered one of the best in his or her field and is one of the university’s highest faculty honors.

He is a member of the Faculty of Arts and Science and is an affiliated faculty member at the Yale School of Architecture (YSOA).

The 9th AIM Annual Meeting will be hosted at the University of Santiago de Compostela on May 13-16, 2019, in a joint organization of AIM – Association of Moving Image Researchers, the Seminar on History of Film and Other Audiovisual Arts of the Department of History of Art of the University of Santiago de Compostela (USC) and the Centre for Film Studies (CEFILMUS) at USC. AIM’s Annual Meeting is an international conference and all proposals will be peer reviewed. Proceedings will be published in electronic format after the meeting.

We usually consider film as an optical medium. The etymology of the word “screen” and some lateral but not marginal film theories authorize another interpretation: film is an environmental medium. Film’s re-definition changes the assessment both of its birth and its alleged death. Its archaeology can include different ancestors and different descendants. Yet, what is a medium’s birth and death? Which kind of rules govern media history?

Francesco Casetti at the Center for 21st Century Studies’ “Ends of Cinema” Conference. Friday, May 4, 2018.

Media landscapes are far from being homogeneous. Media diverge not only because they perform diverse functions and elicit different practices, but also because they recall distinct stages in the media history. We deal with a number of “obsolete” media that nevertheless we still find useful and friendly—and whose ultimate destiny will be either to be discharged in a dump, or to be located in a museum. But how does the past speak to the present? The talk will challenge the idea of memory and illustrate its role in our cultural practices. It will do that through a radical re-reading of few “primeval scenes” that are often recalled by film theory when it focuses on the origins of screens and screened images: the myth of Perseus and the Gorgon, the legend of Boutades’ daughter and the origin of portraiture, the chronicle of Brunelleschi’s invention of perspective. This re-reading of a number of well-known episodes will hopefully help to retrace the main operations that we perform when we “adapt” old media to new assemblages. Casetti will draw some final and critical considerations about the concepts of “propensity” and “disposition” often used to explain media evolution.

The lecture is part of the current ICI Lecture Series ERRANS, in Time. Ideas of physical, social, revolutionary time, internal time consciousness, or historical experience are far from settled in their respective discourses and practices. Yet attempts to harmonize or correlate the understanding of time and temporal phenomena generated in different disciplines all-too quickly resort to normative, if not teleological ideas of progress, efficiency, or experiential plenitude. Can the heterogenous relations between discordant conceptions of time and temporality be understood as being ‘erratically’ structured, that is, as marked by inherent misapprehensions, a dissonance that defies regulation, and an unexpected variability?

One of the Young Turks of semiotic film theory in the 1970s, counting Umberto Eco and Christian Metz among his mentors, Francesco Casetti established himself as a major figure in the field of film studies in Italy, and his synoptic overview of the discipline’s theoretical lineage, Theories of Cinema, 1945-1990, is still a crucial reference work. Since 2010, he has been the Thomas E. Donnelley Professor of Humanities and Film & Media Studies at Yale University. In recent years, his research interests have taken him away from the semiotic tradition, and towards a critical evaluation of contemporary trends in media technologies, as seen in his latest monograph The Lumière Galaxy: Seven Key Words for the Cinema to Come. He is currently working on the iconophobic tradition in western culture and its relation to anxieties aroused by technological changes in contemporary media, and recently co-edited the anthology Early Film Theories in Italy 1896-1922.

FC: There is a great deal of rhetoric around the idea that digital revolution implies the death of cinema and ultimately the death of film studies. When I look at what is happening in our field, my feeling is that the field is expanding. There is always a new object available. So, the risk is not that our object is getting lost. The risk, on the contrary, is that the different objects in the field are becoming more and more insular. It is increasingly difficult to conceive cinema in its entirety and film studies as an all-embracing approach: the dialogue between the different branches often appears impossible. I think this situation reflects a twofold aspect. On the one hand, it echoes the tendency of the contemporary world not towards globalisation, but towards fragmentation and isolation. On the other hand, it echoes the triumph of neoliberal ideology, in which you are said to be able to choose the commodities and lifestyles you want. Let’s be frank: our field, today, is a great marketplace in which everybody can find the department store that better fits his or her alleged needs; what is scarce, is the willingness to cope with a comprehensive approach – to challenge, through a transversal look, the intricate network that keeps together our landscape in its different aspects.  It’s post-theory… I am not complaining. I am just underlining the distance from the years of my intellectual formation in Paris and Italy, in which the desire to find a rigorous approach to film language was paired with the dream (naïve, but not stupid as Bordwell and Carrol have depicted it) to keep language and social, economic, and psychological processes together.

Read full interview by Daniel Fairfax on senses of cinema. 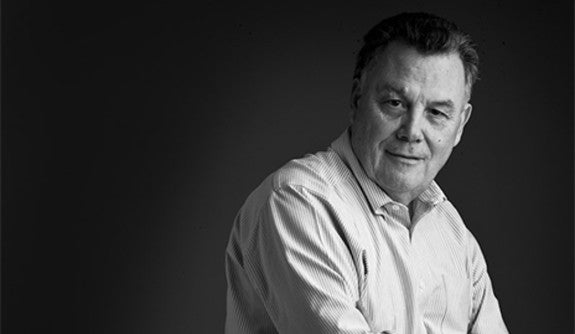